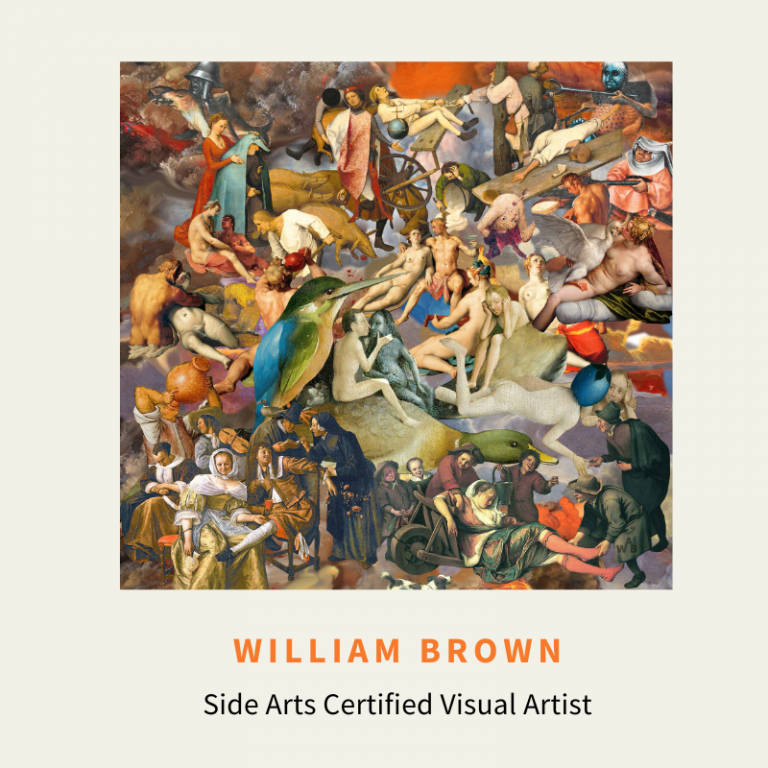 William Brown is a new Side Arts Certified Visual Artist from Atlanta, Georgia.

William Brown became a photographer in the 1970s after leaving a graduate program in psychology. He received an MFA from the University of Florida. William helped found the Contemporary Art Center in Atlanta and the studio program at Emory University where he taught for over 40 years. His work merges conventions from photography, film, sculpture, and painting. William has extensive experience with international and national exhibitions, primarily in video.

William’s current project, Paintings for a Robot, uses digital techniques to generate montage images intended for rendering by robotic painting devices. William’s current experiments involve creating a range of photo montages based on public domain artworks that are readily available on museum web sites. Sometimes, he digitally cuts and pastes, creating new configurations based on the work of famous artists from the past. Other times, he overlays up to five historical works, creating a new multiple-exposure, single image. Some works mix similar types of images from different artists on a theme such as images of common people. 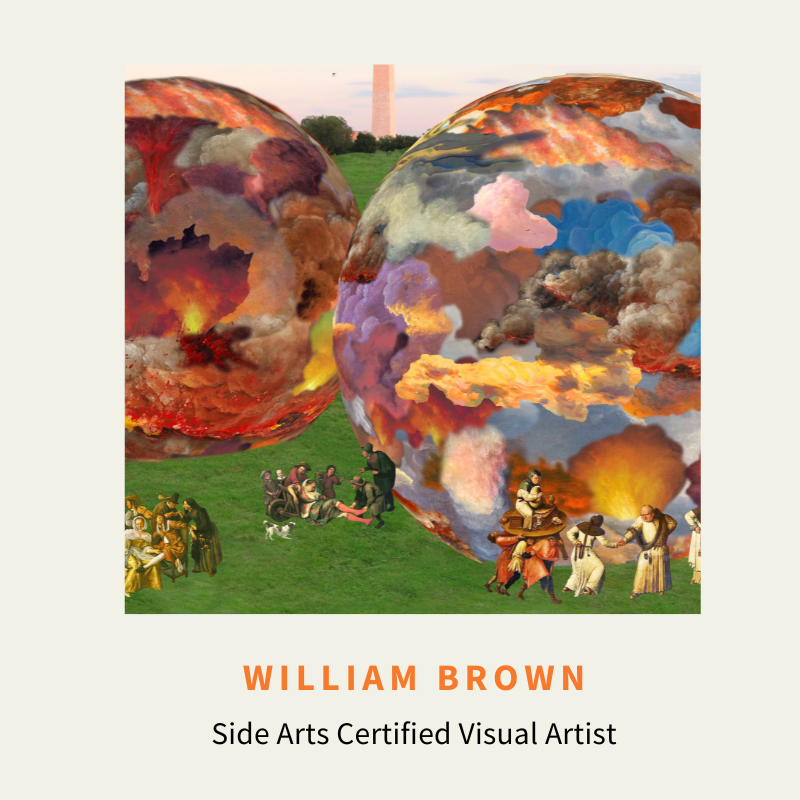