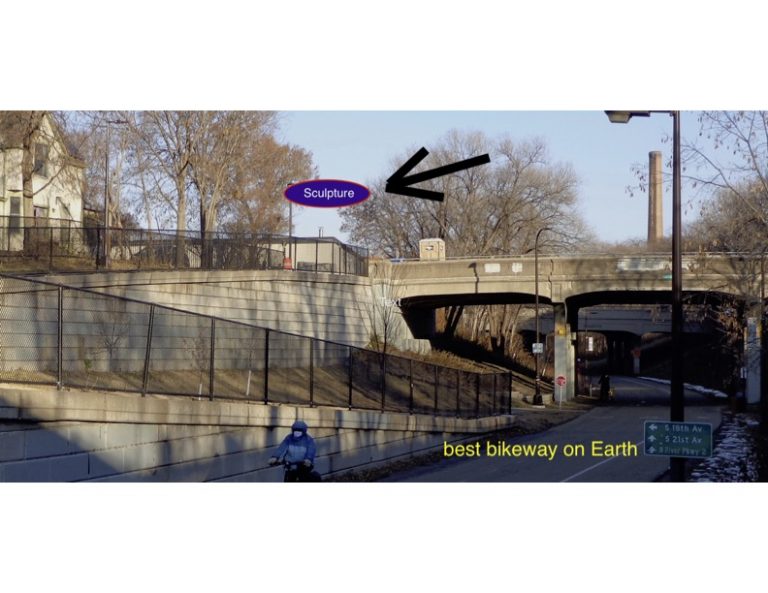 [Sponsored Listing] The Midtown Greenway Coalition has issued a call for sculpture concepts to select an artist for a proposed Midtown Greenway Light-emitting Sculpture. This sculpture will be an important improvement to the Midtown Greenway, Minnesota’s busiest non-motorized transportation corridor that serves thousands daily, and the East Phillips Neighborhood in Minneapolis, Minnesota.

Showcase how public art can be a functional item that lights up a dark area and inspires additional projects elsewhere along the 5.5 mile-long Midtown Greenway, the #1 urban bikeway in the U.S. This Light-emitting Sculpture is an opportunity to work directly with an impacted community in a largely low-income and very diverse neighborhood.

An Advisory Team composed of neighbors will select three finalists. The Advisory Team for the sculpture is composed of residents on the two blocks adjacent to the proposed sculpture location and includes Latina, African American African immigrant, white, and queer people. The public will vote for their favorite design from among those three, based largely on the sculpture’s likelihood of making viewers say “Wow!” A contract for up to $8,000 will be offered to the winning artist for the design phase, resulting in a detailed design that can be used to pursue approvals to install the sculpture in public space. An additional contract for construction and installation will likely be offered to the winning artist to achieve sculpture installation by late August 2022. The sculpture will be unusual in that it will be a thing of beauty and quality in a high crime neighborhood where morale needs a boost.

About The Midtown Greenway Coalition