This is the 57th annual festival which includes handmade crafts, food, music, kid’s corner, and beer garden. It is a great location within walking distance to the Kingston/Edmonds Ferry and new Community Center.

All proceeds from the festival support renewable College Art Scholarships. Over 195 scholarships have been awarded since 1975.

Kitsap Arts and Crafts was founded in 1959 to promote the local art community and student artists. That is 57 years of support for all artists. Your participation helps us continue and grow.

Announcing a call for artists for the Art on the Creeks 2016.

The 5th Annual Art on the Creeks in Rogers, AR, is Northwest Arkansas’ premier fine arts festival. The juried event showcases exceptional talent with a focus on fine art. Last year’s event doubled in size with rave reviews from artists and attendees. A loyal and highly engaged audience is primed to buy and appreciates the value of original fine art.

Art on the Creeks has an esteemed reputation for fine art and our mission is to inspire the community with an event that promotes a heartfelt spirit of supporting the arts and giving back.  We are proud to include a philanthropic program with a portion of event proceeds going to Life Styles, Inc., a non-profit organization that supports individuals with developmental disabilities and who’s artists participate in the exhibit.

Pearland Art & Crafts on the Pavilion – Call for Artists

Pearland Convention & Visitors Bureau is currently accepting artist applications for its 2016 edition of the Pearland Art & Crafts on the Pavilion.

Chosen artists for Pearland Art & Crafts on the Pavilion will have an opportunity to sell their artwork during a 2-day event held at the Pearland Town Center on Sat., Oct 1 and Sun., Oct 2 from 10 a.m. to 5 p.m. 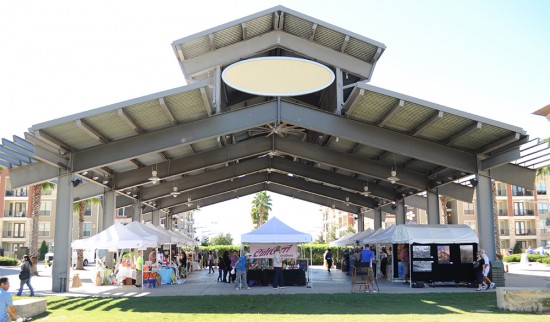 The Pearland Convention & Visitors Bureau organizes and promotes Pearland Art & Crafts on the Pavilion to increase visitors to Pearland.

Call for artists to show off your alternative side at Vancouver Alternative Arts and Fashion Week (VALT) during November 17-20, 2016.

VALT is run by the Style, Entertainment, Art & Media Society – SEAMS. This not-for-profit organization focuses on developing local arts programming that assists emerging and fringe artists of every medium and media in the province of British Columbia, while fostering a community of culture appreciation.

VALT provides a professional, well appointed venue, sound system, projection setup, and months of marketing and public awareness. As a participant in VALT, all you need to bring is yourself and your work. We take all the guesswork out of showing at a festival. Our attendees are extraordinarily varied – a very different crowd than one usually finds at a fashion event. You can promote yourself and your work without having to organize or advertise anything (though we do encourage you to invite guests and publicize as time permits).

Art Center of Corpus Christi announces a call for artists for Arts Alive 2016. Located on the Bay front, Arts Alive! is a celebration of the visual and performing arts including fine art, interactive experiences, demonstrations, performances, music, and workshops.

The Art Center of Corpus Christi is a nonprofit organization dedicated to involving the community with the visual arts through exhibitions, free Family Art Time every Saturday, and hosting artist workshops.

Family-friendly artwork (no graphic or violent imagery), handmade art, and craft items will be accepted. Selected vendors will be notified by May 4th.

The non-refundable application fees for a table space (approx 2’x6′) are as follows:

This is a low-cost marketing opportunity at a great community space in Harlem. Artists and vendors will be able to network with other artisans and craftspeople. They will be on the first-to-know list for future pop-up fairs and events. There will be free lemonade and cookies.

City Seminary of New York is a seminary with an arts and community gallery interested in welcoming neighbors and visitors in for conversation and interaction with food, art exhibitions, talks, and workshops. We previously offered a low-cost pop-up fair opportunity in Dec 2015 which drew over 100 people in. We hope to host similar events in the future. Joining us now would give you the advantage of participating in future fairs.

For the 6th year in a row, The SFV summer artwalk series sees an attendance of over 5,000 people celebrating the arts in the streets of Canoga Park and Reseda. Along with food trucks, dozens of participating local businesses, and multiple live music stages, artists and vendors have the opportunity to display and sell their wears to the public.

11:11 ACC focuses on creating a cohesive and active arts community in the San Fernando Valley of Los Angeles.  For the last 7 years, 11:11 has dedicated its time to promoting local artists, ensuring the incorporation of the arts within the community, and providing opportunities for professional development which allows local creatives to experiment, collaborate, and develop collective creativity.

Sponsorships Unlimited announces a call for artists for the Steel Pier Classic and Surf Art Expo.

This is a surf art show. Artists who create surf art from any medium are invited to apply. Artwork must have a connection with surfing, the ocean, sea life/seascape, shells, dolphins, fish, lighthouses, and so forth.

This art show takes place Memorial Day weekend at the Virginia Beach, VA Oceanfront. There will be foot traffic with tourists and hotel owners have been known to purchase artwork to decorate their lobby and common areas. Virginia Beach residents attend whom enter their kids in the surfing contest.

All artists display on the Virginia Beach Boardwalk with the Atlantic Ocean as your back drop. There is a student art show on the beach that is produced in conjunction with the City of Virginia Beach Public Schools as partners in education.

Creative Airdrie hosts an Annual ARTember event, supporting and celebrating the Arts and Culture Scene within Airdrie. This year‘s ARTember will include a multi-day outdoor Arts Festival and ARTember art market.

The anticipated attendance is 4,000 individuals over 2 days.

The Creative Airdrie Society (CAS) acts as the hub for investment, promotion, engagement, development, and education of the arts in the Airdrie community. Formed in September of 2010 by business leaders and artists, CAS has successfully changed the arts landscape in the City of Airdrie by launching an annual arts festival and creating several ground breaking public art initiatives. CAS is generating city-wide buzz for their focus and acumen to move arts and culture to the forefront of the general population and local and regional government.